What If They Choose School?

Another question I expect to answer a lot as my kids get older:


Will you let your kids go to school if they want to?

The long answer: I have a lot of problems with the way schools are right now, but that is not why my husband and I are choosing not to send our kids. We just don't think it's necessary for us right now, and that is the only reason we need. We have been happy and learning together for more than four years, and it has been wonderful. We don't see any reason to stop living that way. And the kids don't either for now. 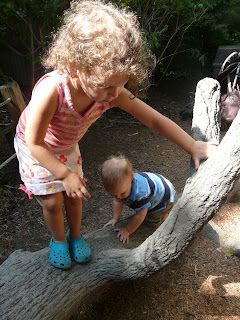 However, if one of them wanted to try school right now, we would make it happen. We do not want them to grow up thinking school was some great thing they missed out on because we wouldn't let them go. They will be able to form their own opinions about school. If that requires them to attend for a while to figure it out, then so be it. If they do choose to try school, they will not be forced to commit to it or reach a certain point. They will be able to opt out again anytime.

There are plenty of people who actually liked school, including my husband for one. One of our children might be someone who enjoys school for some amount of time. That would be all right. It would not mean that we failed as parents. There are more reasons why an unschooling child might want to go to school than just "home isn't fun enough." He might just be curious about it. He might want to see for himself, so he can make his own decision about it.

An example of this idea is the way we talk about drugs to kids. I grew up hearing about how terrible marijuana was. Education about drugs lumped marijuana in with all the other illegal drugs, so I thought it was just as bad as cocaine or heroin. Then as I got older I found out that lots of people I knew were smoking pot, and they seemed fine. They were not junkies or addicts or criminals. That made me wonder why everyone had made such a big deal about it.

Inflating the risks of something to scare a child out of doing it only works until he can see for himself that it is not as bad as we say. This might only make my child trust me less, and wonder what else I have been exaggerating about.

For now, we are happily unschooling as a family. But unschooling is not a family policy or a doctrine, something I live by or preach. It only describes something we are not doing right now: sending our kids to school. This does not mean school is forbidden. I don't need to be anti-school because I plan to continue living without it. What I am is anti-force. I wouldn't want to force my kids to stay out of school as much as I wouldn't want to force them to attend. 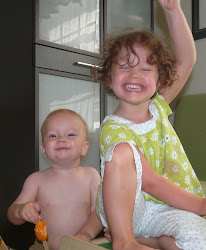